Nigeria commands repute as “Giant of Africa” not only for its huge population but also for its massive deposits of different mineral resources. Fortunately, many of these resources are available in substantial amounts, making it possible for the government to harness them.

However, the Nigerian Government has constantly failed to utilize the revenue from mineral resource exploitation towards the betterment of Nigeria’s citizenry.

Nigeria’s mineral resources are vast and can be found across all the states of the country. Although some minerals are deposited only in certain states, every Nigerian state is endowed with mineral resource(s).

Where they are largely deposited, mineral resources can be mined in commercial quantities. Some of these resources –such as the metallic ones –are cherished for their inherent value while others are considered raw materials needed to manufacture other products.

Gold, copper, silver, etc. are described as metallic resources often cherished for their inherent value. Similarly, the non-metallic minerals; such as clay, dolomite, gypsum and limestone; are valuable owing to their use in the manufacture of valuable products.

The third major category of mineral resources is the inflammable minerals such as oil, gas and coal. Basically, these resources are exploited for their ability to serve as fuel. While the petroleum refined from crude oil is useful in powering engines, coal serves as a well-known source of energy.

In What States Are Mineral Resources Mostly Found?

It’s highly believable that at least one known mineral resource can be found in each of Nigeria’s 36 states and the Federal Capital Territory (FCT), Abuja. While this attests the fact that Nigeria is enormously endowed with mineral resources, it is quite sad that these resources are more concentrated in some Nigerian states than others.

As much as the latter reality is not expected to spark any unhealthy rivalry between the states, it clearly implies that one Nigerian state may appear superior to another in terms of natural endowment.

Coal is one of the mineral resources discovered a long time ago in the country. Nigeria’s discovery of its first coal deposit dates back to 1909. It was in that year that Albert Kitson, a British mines engineer, discovered coal at Enugu’s Udi Ridge.

Although its first discovery in Nigeria was recorded in Enugu, coal is now found in several other Nigerian states including Zamfara, Plateau, Nasarawa, Benue and Ondo.

Following the significant discovery of coal in Nigeria, the Ogbete Mine was set up for full-swing operation in 1916. The mine produced 24,511 metric tonnes of coal in that year, hence contributing to the supply of coal in commercial quantities across Nigeria.

Today, the country boasts an estimate of 3 billion tons of coal and Nigeria’s kind of coal is considered among the best in the world. Research suggests that owing to its low ash and sulfur contents, Nigeria’s coal has always maintained an enviable place among coals of the world.

The discovery of oil in Nigeria dates back to 1956 when the country’s first deposit of crude oil was found in the Niger Delta area of the country. With Nigeria being a major producer of oil in Africa, it is highly believable that the country produces more than 2 million barrels of oil daily.

Gas, being one of Nigeria’s major mineral resources, greatly contributes to Nigeria’s economic growth. Specifically, oil and gas constitutes the key drivers of the Nigerian economy. In Nigeria, oil is majorly found in select states which make up the Niger Delta. Some of these states include Delta, Akwa Ibom, Bayelsa, Rivers and Edo.

While oil and gas remains a booming industry in Nigeria, some of the country’s notable oil and gas companies include NNPC, Oando, Shell, Total and Chevron.

Unarguably, gold is the most precious mineral resource anywhere in the world. Nigeria might not boast a vast deposit of gold currently but records show that the country witnessed its major gold exploration, production, mining and refining activities in the early 20th century with 1913 being the most notable year of such activities.

As a result of the Second World War, which began in 1939, the colonial companies in charge of Nigeria’s gold production abandoned the mines in the country. Currently, it may not seem like adequate effort is committed to gold mining in Nigeria but of course, the country boasts minute deposits of gold across several states: Cross River, Kogi, Kebbi, Zamfara, Kaduna, Oyo, Osun, Abia, Sokoto, Nigeri, Edo, Bauchi and Abuja (FCT).

Silver is another major mineral resource in Nigeria and it is more commonly found in northern Nigeria. We really don’t need stressing how silver is considered precious for ornamental reasons.

Silver in Nigeria may not appear as vastly deposited as one will have expected but silver deposits certainly exist in few Nigerian states including Ebonyi, Kano and Taraba.

Bitumen is a vital mineral resource and one of Nigeria’s notable natural endowments. While it can be found majorly in south-western Nigeria, records show that Nigeria holds an estimate of 42 billion tonnes of bitumen.

Functionally, bitumen is a vastly used mineral resource and has been regarded as “mankind’s oldest engineering material”. The historical backing for the quoted statement implies that the early Babylonians used bitumen for building purposes.

Bitumen is useful for construction purposes as a result of its key properties –waterproofing agent and cement. While this mineral resource can as well serve as an asphalt binder, the major Nigerian states with bitumen deposits include Ondo, Edo, Ogun and Lagos. 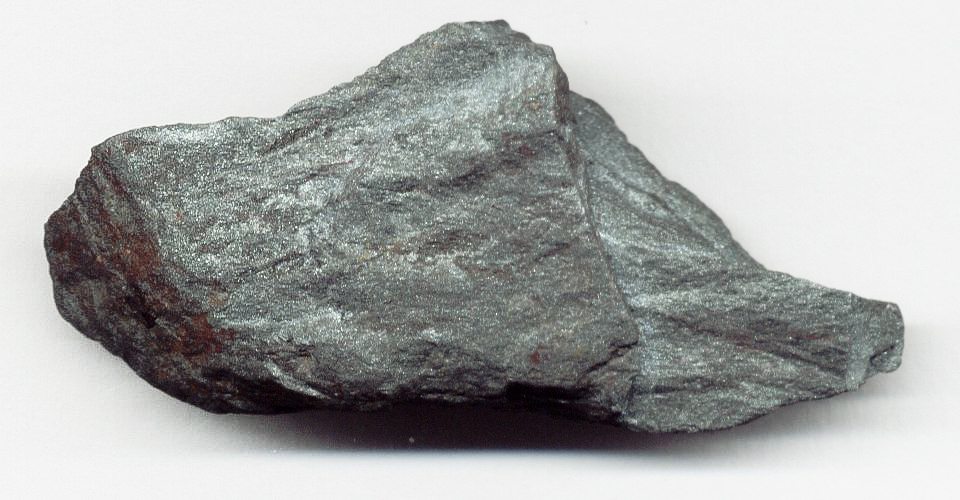 Other Nigerian states where iron ore can be found include Kwara, Kogi, Delta, Anambra and Benue.

Tin is one essential mineral resource that should not go unnoticed on any comprehensive list of Nigeria’s mineral resources. Essentially, tin is a raw material useful for the production of chemicals, electrical equipment, metal containers and cans.

While tin is considerably deposited in northern Nigeria, the major Nigerian states where tin is found include Bauchi and Jos. 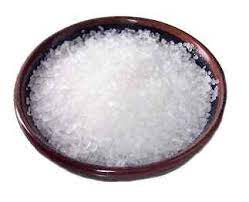 This mineral resource is the essential raw material for the manufacturing of various products such as table salt, hydrogen peroxide, chlorine and caustic soda. Notably, Nigeria’s deposit of rock salt is estimated at 1.5 million tonnes.

While rock salt is majorly deposited in southern Nigeria, it can be found in such states as Cross River, Abia, Ebonyi and Akwa Ibom.

Gem stones are exploited in relatively few Nigerian states and this perhaps is the reason why many Nigerians are oblivious to the fact that the country is endowed with gem stones.

Gem stones are a precious mineral resource and Nigeria’s variety of the gem stone occupies an enviable position among gem stone varieties in the world.

Nigeria’s gem stone deposits are concentrated in the north and as such, gem stone exploitation takes place in Bauchi, Kaduna and Plateau.

This mineral resource is vital and is substantially deposited across northern and southern Nigeria.

Nigeria boasts an estimate of 1 billion tonnes of gypsum which can be found in several states. Meanwhile, gypsum is regarded as an essential raw material majorly for the production of plaster of Paris (POP). It is also useful for chalk making and cement production.

In northern Nigeria, gypsum can be found in the following states: Bauchi, Sokoto, Benue, Adamawa, Kogi, Gombe and Borno. States with gypsum deposits in southern Nigeria are as follows: Delta, Ondo, Imo, Edo, Bayelsa and Anambra.

Bismuth is a metallic element majorly used in chemicals, pharmaceuticals and bismuth alloys. Commonly found in Kaduna state (northern Nigeria), bismuth is a widely used resource and it is brittle in nature.

Also, bismuth can be useful in the production of paints, catalysts, ceramics and certain other products.

Fluorspar may appear as a less common mention among Nigeria’s major mineral resources but it’s incredibly a natural resource used in the manufacture of various products.

Fluorspar is, first of all, used in glasswork as well as ceramics making. It may also be used in paper making, plastic production and cosmetics. One other use case of fluorspar is in gold making where the mineral resource may serve as a counterfeit gems agent.

In Nigeria, fluorspar can be found in Abuja (FCT), Ogun as well as several northern states including Zamfara, Kaduna, Kogi, Kebbi and Kano.

Nigeria is considerably endowed with copper ore which constitutes the precious metallic objects within the country’s armada of mineral resources. Copper ore is deposited across Nigerian states which are as follows:

Nigeria boasts about 10 million tonnes of lead/zinc which can be found in both northern and southern divisions of Nigeria. Notable Nigerian states with lead/zinc deposits are as follows:

Nigeria is vastly endowed with kaolin with the country’s kaolin contained in kaolinitic clay reserves.

Nigeria’s kaolin is deposited across states in both northern and southern divisions of the country. Notably, there’s an estimate of 3 billion tonnes of kaolin in Nigeria. Below is a list of states where kaolin is found in Nigeria:

Limestone is an essential mineral resource with multiple uses. Most particularly, it is a major raw material for the production of various products including asbestos, cosmetics, paper conversion, industrial adhesives, ceramics, paints, soaps, detergents, pharmaceuticals and tooth paste.

Limestone may also be used in erecting sculptures and similar monumental structures. In Nigeria, states with deposits of limestone include Cross River, Sokoto, Benue and Borno.

Glass sand is not only one of Nigeria’s major mineral resources but also a vital raw material for the making of mirrors, crucibles, building blocks, chemical apparatuses, electrical insulation and condensers, automobile and aircraft bodies, and sheet glasses. Another common use case of glass sand is in the production of abrasives.

Although more commonly found in southern Nigeria, glass sand can be found in both northern and southern divisions of Nigeria. The Nigerian locations with deposits of this mineral resource include Badagry, Igbokoda, Ughelli and Baure. Findings reveal that there are glass sand deposits in few other locations including Ilaro and Shebu in Ogun and Plateau respectively.

Columbite is a high-value mineral resource used across industries including telecommunications and the electronics industry. In the aforementioned industries, columbite is useful as a replacement for tantalum.

Another notable use case of columbite is in building weldable high-speed steel. Nigerian states with columbite deposits include Kaduna, Plateau, Nasarawa, Kogi, Kano, Bauchi and Kaduna.

Nigeria’s overall deposit of talc stands at an estimate of 40 million tonnes. With this making talc a major mineral resource in Nigeria, notable Nigerian states with talc deposits include Oyo, Osun, Niger and Kogi.