Dream League Soccer 2021 (DLS21) is a DLS version that gives you a top-notch gaming experience packed with the realistic feel of gaming adventure, the chance to manage your choice team and the motivation to push for glory in the soccer universe.

Coming with a handful of amazing features, DLS21 lets you upgrade facilities, customize your team of players and leverage Form Boosts for improving your players’ rating and ultimately win victory over tough-minded opponents.

Basically, this post guides you on how to download and install Dream League Soccer 2021 Mod Apk. In addition, the post lets you learn about some of the amazing things you can do with the DLS version.

In Dream League Soccer 2021, you can take advantage of videos to push up your coin earnings. If you really don’t see 30 coins as a trifling amount of coins, you may opt to watch in-game videos and earn 30 coins on each video. If you’re keen to give this idea a shot, you may head to the Career screen of your Dream League Soccer 2021. The button that lets you watch a video and, in turn, earn 30 free coins can be found down the left corner of the screen.

It would be great that you top up your regular reward and one proven way you can do that is watching the in-game videos that earn you 30 coins per video. Beyond earning extra coins, you may also want to reinvigorate your squad ahead of a coming match. Rather than give up some coins while trying to help some squad members recover energy, you can opt to watch a video ad. Interestingly, the time you devote to watching the ad converts into 10% energy recovery for your DLS21 squad.

Form Boosts are purchasable and they definitely help improve your players’ rating. But before opting to leverage Form Boosts for such, one thing you must note is that the effect is temporal. What this means is that for each purchase of Form Boost, the effect is felt only in one match and you’ll have to make a new purchase to feel the effect in your next match.

In getting Form Boosts, you definitely have to give up some gems. If you’re low on gems, it might not seem like a good idea that you purchase Form Boosts. Needless to say, you just have to remember that gems aren’t so easy to obtain since they are a premium currency.

As you’ll likely need Form Boosts on your DLS21 adventure, it behooves you to know the best time to purchase them. We recommend that you only purchase Form Boosts ahead of matches against stronger opponents. It might seem ridiculous that you purchase Form Boosts while preparing to come up against a much weaker opponent. Since Form Boost purchase requires you to give up gems, it’s also advisable that you don’t purchase boosts for lowly rated players. Quite frankly, the Form Boosts are best suited for your best players who are perhaps those rated 75 or higher.

Making Good Use of Your Gems

Earlier, we mentioned that gems are a premium currency and so, it’s very predictable that you’ll want to spend your gems wisely.

Upgrading the items in your DLS21 Stadium and Facilities map is a nice idea but you must be prudent enough while spending gems for this purpose.

Advisably, you should have a priority list for the upgrade of such buildings as Medical Centre, Commercial Centre, Training Centre, Accommodation building, etc.

There’s no denying that Medical Centre and Training are essential buildings you shouldn’t sideline on your priority list for facility upgrade.

You may not want to think much about customizing your DLS21 squad but of course, squad customization considerably distinguishes your team from others in the DLS21 gaming universe.

Having a unique kit color, for example, spells out the difference in appearance between your team and any opponent on your DLS21 journey. While that should interest you, more interesting is the possibility of customizing your appearance as the squad manager, setting your team name, modifying the logo of the team and tweaking some player information.

Beyond the aesthetic feel it brings about, customizing your team is a great way of setting the team apart from opponents. However in DLS21, squad customizability is limited as you’re not allowed to change the names of your squad’s players. Such names have been licensed by FiFPro and as such, an attempt to change them to some weird names of your choice will definitely seem awkward. 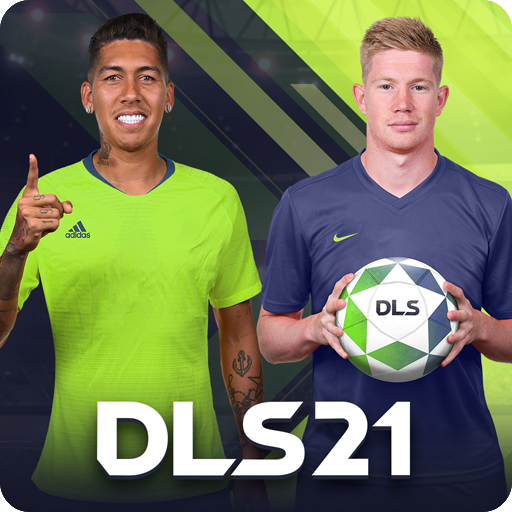 How to Download and Install Dream League Soccer 2021 APK

We hope you found the above guide handy for installing Dream League Soccer 2021 APK. And if you’ve had a feel of the DLS version, do well to share your thoughts about the gaming experience in the comment section below.

How to choose the best online casinos